A PCB, or printed circuit board, is used in a wide array of electronics, from television remotes to computer motherboards. It’s the board on which many other internal components rest, including microchips, LED lights, small transistors and much more. The maze of tracks you see on a PCB aren’t just for show; they connect the tiny electronics on a circuit so they all receive power. It’s like a surge protector in that it provides power to multiple components at once but does not necessarily dictate whether those components turn on or off.

The reason it’s called a “printed” circuit board relates to how circuits were used in the past. Originally, circuits were messes of wires connected to one another, like an old telephone operator’s switchboard. One big issue the older circuits faced was that wires tended to crack, short circuit and become unusable as they sometimes needed to be tightened, moved or otherwise adjusted. Printed circuit boards solved this problem by riveting wires directly into the board itself. Other methods involved manipulating the rivets by plating them with copper or replacing them outright with small nuts or bolts. This method did work, but it still resulted in large electronics to the dismay of private consumers. 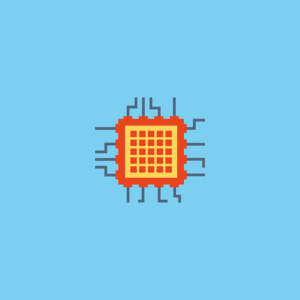 As time passed and technology evolved, printed circuit boards become more sophisticated. Instead of wires, solder was printed directly onto a board to make the connections between components. While the boards themselves didn’t matter too much in the past – boards were made from materials including cardboard, wood, Bakelite and Masonite – the connections did. These days, boards are made in such a way that they too help facilitate connectivity and don’t rely on the soldering alone.

Wood and cardboard was soon replaced with conductive yet durable materials to make the most out of an often small form factor. Modern PCBs are made out of four key materials, layered together: FR4, a type of fiberglass, or Kapton, a high-temperature plastic, for the substrate; copper foil; solder mask, which gives the board its green color; and silkscreen or ink for labeling. Some boards also use phenolic or epoxy as their base, but these are usually less durable than FR4 or Kapton. Most boards use a layer of copper foil to help conductivity and help prevent accidents; this is covered by the solder mask layer to guide the user on what can and can’t be soldered safely.